Speech and Language What's the Difference? 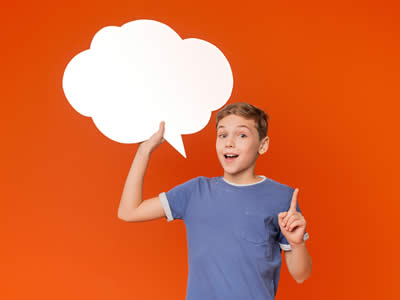 The difference between language and speech can be understood by considering the relationship between a computer program and an output device, like a printer. The software running on the computer (a word processing program, for example) is designed to allow a user to create content that is stored in the computer. In order to actually create a physical copy of the file, the computer requires another device: a printer. The printer takes the file and transforms it into a series of commands which control the movement of a print head, thereby making marks on paper.

This two-stage process is something like the distinction between language (computer program) and speech (printer). When we want to communicate something, the first stage is to encode the message into a set of words and sentence structures that convey our meaning. These processes are collectively what we refer to as language. In the second stage, language is translated into motor commands that control the articulators, thereby creating speech. Speech refers to the actual process of making sounds, using such organs and structures as the lungs, vocal cords, mouth, tongue, teeth, etc. (Wikipedia, 2012)

Language is made up of socially shared rules that include the following:

Speech is the verbal means of communicating. Speech consists of the following:

Thrive In The
SF Bay Area

Thrive Therapy Center is presently looking for highly motivated and energetic speech, OT and ABA therapists desiring to join a new and different therapy center for children and teenagers with autism.